The Time Is Now: A Call For Adventure 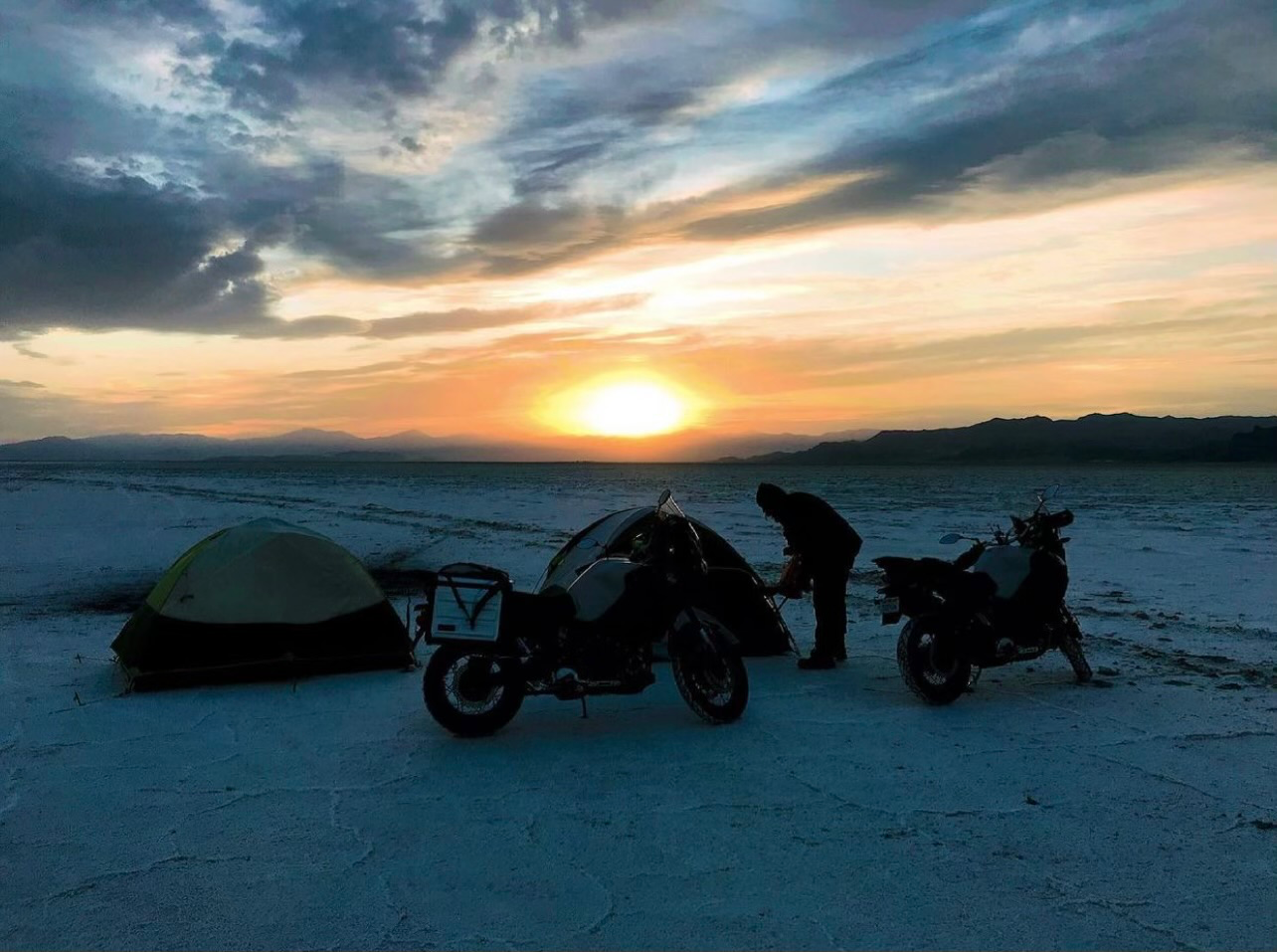 THE TIME IS NOW: A CALL FOR ADVENTURE

Growing up I always heard that a paved road freezes at 37 degrees as opposed to the normal 32. Whether that’s true or not, it certainly had me wondering what the hell we were doing packing up camp and heading out for what was bound to be another few hundred miles in 28 degree temps.

COLD OR NOT, WE WERE ON THE MOVE AND SPIRITS REMAINED HIGH. TEMPERATURES HAD DROPPED DOWN TO 19 DEGREES FAHRENHEIT OVERNIGHT AND THOUGH NEITHER OF US WERE IN ANY REAL DANGER OF FREEZING TO DEATH IN OUR TENTS, IT WASN’T LOST ON US THAT THERE WOULD BE NOT EVEN THE SLIGHTEST SHIMMER OF HOPE FOR ANY SORT OF COMFORT IN THOSE FEW HOURS OF REST.

We were six days into a ten day motorcycle trip around the west, camping along the way. If you were to ask me beforehand what I thought the weather would be like in southwestern United States during the first bits of November, I naively wouldn’t have said sub-freezing temperatures and snow storms. It was the hand we were dealt though and both my counterpart nor I wanted to stick around any longer than we needed to with the impending snow squalls looming. We’d already spent two days stuck and holed up in southern Utah waiting out the storm. Rain, we could tolerate. We even prepared for it. Snow, though, has a funny way of making your tires forget their true destiny and instead, slide across the road like a hockey puck barreling through the neutral zone on a lengthy pass. An experience neither of us wanted to have sat atop what is quite literally just a large motor with 2 wheels and only a few millimeters of clothing defending our skin and bones from the less-than-forgiving pavement.

When I recount the story to peers and even typing it out right now, there always seems to be an undertone of misery in our journey. Sub-freezing temperatures, bad weather, most sights and landmarks closed or blocked off due to COVID restrictions. In reality, there was that undertone and I just subconsciously chose to ignore it. Even though our main mission each day was turning into a race to escape the chasing weather, we were still out there. We were still doing it. We set out to explore new areas, covering ground in the freest way possible and that’s what we were doing. In those moments, there was nowhere else either of us would rather be.

Adventure, or the sense thereof, seems to be something that’s been lost among most humans over the years. That said, no matter what time period you choose to look at, you will find examples of man striving for and seeking adventure. It’s something that is an innate human trait and something that continues to connect us to our ancestors at the primal level. Some of the greatest stories in history revolve around an adventure. Hemingway, Roosevelt, Capstick, Shackleton, Thompson, all some of the world’s greatest storytellers. Their ability to immerse the reader/listener in their adventures through the re-telling of them is intoxicating. Their experiences and sense of adventure shouldn’t be and isn’t an isolated or exclusive thing. It’s in all of us and we shall not forget it nor ignore it.

Adventure will scare you. It will hurt you. It will force you to make decisions you may have never made and may never make again. It comes with consequences. Conversely, adventure comes with great triumphs. It will force you to grow, no matter your age or experience level. It will give you new and different perspectives both in your immediate surroundings and on the grand scale. It will help shape you and without a doubt, make you a more interesting person. The routine and monotony of everyday life can and will stifle any sense of adventure you may possess. You watch movies and read books and listen to podcasts all revolving around adventure. What’s stopping you from embarking on your own?

Sure, there’s work at home you could be doIng or emails you could be answering, but those will always be there. If you’re waiting until you’re “not as busy” to finally get off your ass and embark on your own adventure, you’re never going to go. I don’t expect anyone and everyone to go take a two week motorcycle trip across the US, but that’s the beauty of adventure: it’s relative to your life. You don’t have to go climb Everest. Take a weekend and go camping with your best friends — or the ones you can at least tolerate. Visit a new place by yourself. Pick up a new hobby and travel to a meet-up with others who do it too. Ride your bicycle into a part of your city you’ve never been to. I promise you, you will return with a story to tell. 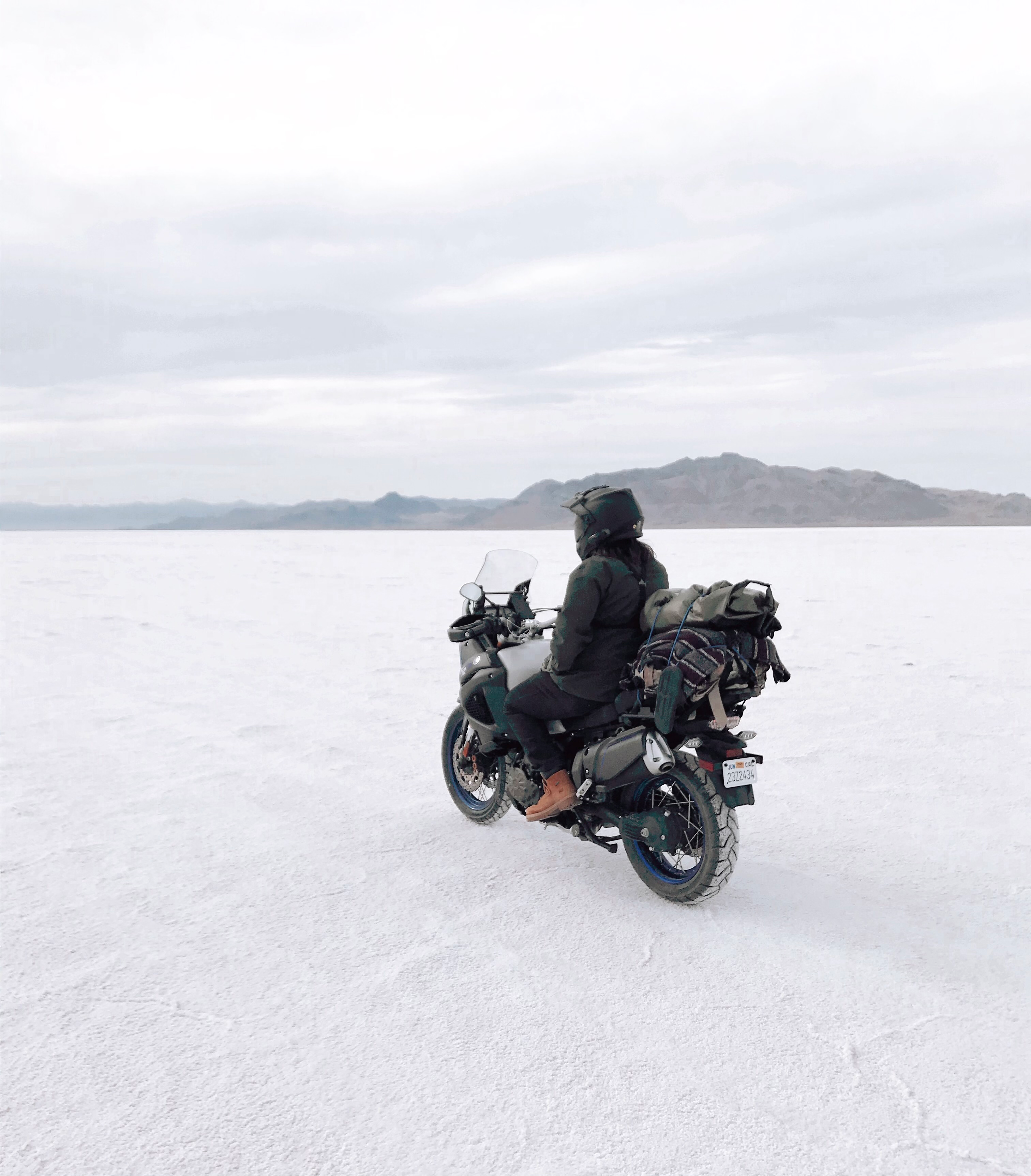 My motorcycle trip ended without any major events or issues. I grew closer to my counterpart and shared laughs and experiences that only he and I will ever understand. Being woken up in the middle of the night by what we thought were headlights barreling toward us while camping on the Bonneville Salt Flats(I don’t think you’re supposed to do that, so I’m not telling you to), only to realize it was our campfire stoked to a size no smaller than your average school bus standing on end(maybe it was only 12ft or so, who knows?). Even just making it to warm weather in Arizona and being able to sit at our campsite listening to coyotes yip and watching road runners scurry along the sand. You don’t need to have a near death experience. Hell, you don’t even need to have any real hardship to have a true adventure. You do, however, need to take a step outside your three foot circle and seek the adventure out.

Take this as a sign that it’s time to get out there and have your own adventure, no matter the scale. You can’t sit around and wait for it to find you; you have to go out there and get it. Do it for you, do it for your family, do it for those around you. You will be better because of it.

I’ll leave you with something that great American screenwriter Eric Roth once said and hope that you will think of it while planning your next adventure:

“ I hope you see things that startle you. I hope you feel things you never felt before. I hope you meet people with a different point of view. I hope you live a life you’re proud of. If you find that you’re not, I hope you have the strength to start all over again.” 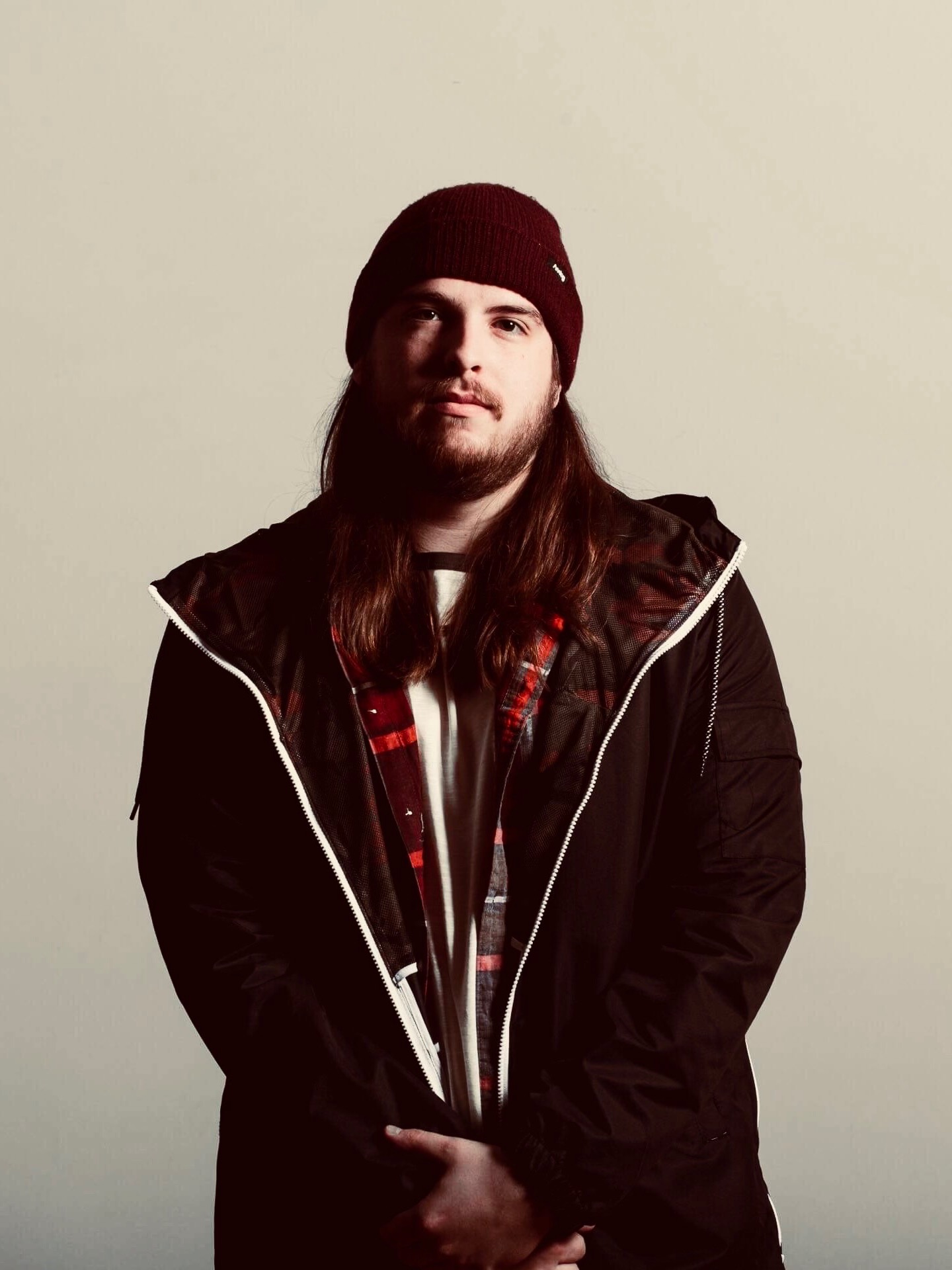